I hopped onto the “Purebred NIB Dalmatian” train at the start of this year because I realized that I had never actually done my own from-scratch breeding campaign. Like many of you, I find myself turning to Petz as a bit of cute escapism when life feels heavy. After a day of keeping two little humans out of mortal peril (a full time job in the case of my 20-month-old), I find it unbelievably therapeutic to put on some ambient music, make some tea, and adopt eight Dalmatians. I thought Gin’s idea to make a breeding progress log was lovely so I am going to follow suit 🙂

I don’t have a specific end goal in mind appearance-wise, but in the end it would be nice to have a full eight-gen pedigree all my own lines. And then, tamsins will follow I’m sure!

These two are both 5th generation and produce mainly blue, sandy and red pups. But I was happy to see that adorable brown one, dusty one, and the icy-eyed white one! Which one will go on to breed the seventh generation remains to be seen. Now I have to start fresh to get another two 5th gens! 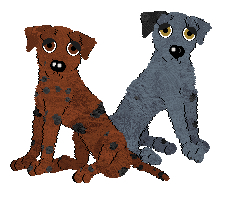 With some of the colours covered by Cairon and Orpheus, I started the next line on the lookout for cream and orange. Tange and Cashmere are only 3rd generation so I will need to start with eight new AC dalis to create the mate for one of these pups. 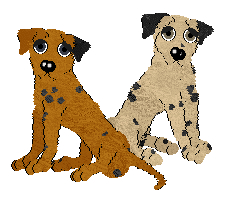 Next I thought I would select for brown and dusty. But always a fair amount of blue comes up and I just can’t say no to blue. It’s my favourite petz colour! Brana and Mali are third generation. I’ll make two more sets of Gen3s and then will have four pups to decide on for Gen5’s appearance. 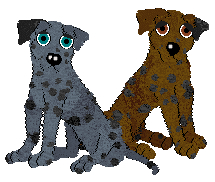 Here we have the rusty and dusty factory that is Locke and Keldon. I have had a hard time getting dusty to show up so I thought I would select for it again. Just one more set until I can breed the next generation, so maybe grey and cream next time. 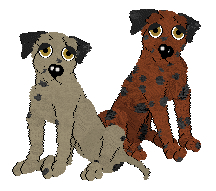 A little too heavy on the cream, perhaps! Santiago is a carrier for grey and brown but they didn’t come up. That’s okay! 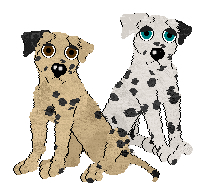 So these two are the culmination of the four Gen3 branches and everything they breed is beautiful, it’s hard to stop! But then dusty is my second favourite petz colour so I may be a tinch biased. I will have to decide which of these to breed to Orpheus & Cairon’s pup. But it’s getting late and the mornings are early with children! 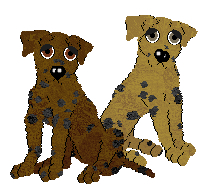 These two are the first experiment in combining the Orpheus line and Valor line, so these pups are Gen7. I am fond of that blue coat and cherry eyes trend! 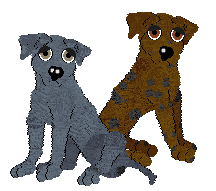 Another combo trial of the Orpheus line and Valor line. Pretty reliably making sandy, dusty and grey. How lovely! 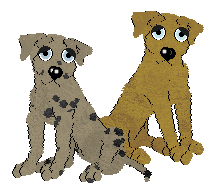 I wanted to try the Gen6ers for some red and creamy. I love that spotlacking dusty! I think I’ll do one more pair and then I should have all the colour bases necessary to make any tamsin I could ever want! 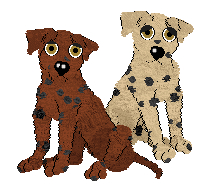 There we go, last pairing before I start the second half of this project. What I really wanted was black coats with blue eyes but alas, it was not to be. Got some cute spotlackers though! 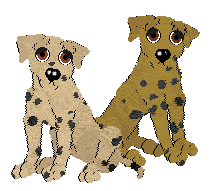 What the heck, these aren’t dalmatians! Nope, I thought I’d give NIB tamsins a proper try. It was a lot harder than purebred dalmatians of course!

I will spare you the generations of mutt ears and potato bodies and skip to Generation 5.

By this point I was pretty ruthlessly culling white coats, teal eyes, brown eyelids, and brown ears in most cases. These are my favourite Gen 7s  when it was all said and done! Gotta have that chest patch, but that icy eyed dusty was just too cute. And I got one black one!

So, the Tamsin process was pretty time-consuming and took three evenings. I might take a break before starting the halfie sheepie dalis. I mean I say that now but after good night’s sleep, who knows!

We are back, we are back! I knew a good night’s sleep (read: five hours at most because the tod is up at 4am; counting down the days until daylight savings, dang) would freshen me up. But I am going to complete the second half of the purebred dalis to reach 8th gen before attempting sheep halfies. In other news, Nine Inch Nails are old men now and make beautiful ghost piano songs now. My husband played this the other day and I exclaimed, “Oh, my dalmatian breeding song!” He was, well, confused.

Here is the start of the 3/4 mark of the purebred project! New batch of 5th gen pups. I wanted to get a bit more black in there. Faust carries dusty and brown but they never showed. I’m glad to see grey though! 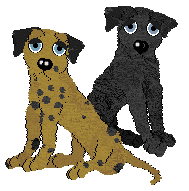 Okay! One evening, five generations! I am going to bed now but tomorrow will be for the pairing of these two lines.

I actually did it! After miscalculating how many sets of sixteen first gens I would need (I need sleep) I caught up and have now achieved 8 generations of NIB purebred glory. This is one of my pairs and their 8th gen pups:

And of course I couldn’t stop there and not make a bunch of 8th gen NIB Tamsins while I was here! Keep an eye on RKC if you want one 🙂 This was a huge project and took quite a few evenings but it was fun and has given me a new respect for the star breeders of the PC. Thanks to everyone on discord who cheered me on! Salem has given the the impression that halfie sheepie tams will take some dedication so I will come back to that phase when I’m in the mood for a challenge. For now here are some of my favourite NIB 8 gen tammies!

Time for some specific pairs to make 8th gen pups! Merell and Turin can be counted on for brown, dusty and blue. Also those forest green eyes come up a lot with them!

This pair is great for red, grey and the odd dusty. Look, a surprise black one! Plenty of spots, too.

Loving this pair, they give so much colour variety!